(continued from The Fall of the Bull Kingdom (Part II.)…)

…When Sclavius turned seven, his master sent him to school, especially made for slaves in Alexandria, to get the proper education, to become a trader and an accountant, and to take care of his master´s bookkeeping. He believed that the boy Sclavius will become his right hand, the best of all of his slaves. He trusted that boy so much.

But Sclavius did not think the same of his master. He hated him, not just in the way his master treated him, but also how he, the master treated his mother, that he loved so much. Even do he was sent to school, he was still a slave, obligated to do all the hard slave work, every day, no matter whether was it summer or winter, spending days outside on the cold rain or burning sun.

Sclavius was born with some physical difficulties, so sometimes he had problems with breathing. He had a mild form of asthma. And all that hard slave work didn´t help him to get any better.

One day, at the end of his education period, when he was around fifteen, he finally decided to leave his master and his mother, for good. Never to come back again. But that required a lot of planning and courage, and especially for a young and inexperienced man he was back then. But he knew there is no other chance for him to live the life as he wanted, not as his master wished.

Instead of going to the school, he managed to outsmart his master´s guardian that had obligation and order to take care of Sclavius every time he goes to the city by himself. The master told Sclavius that he has to have a guardian for his own protection, that nothing happens to him in the city, but Sclavius knew that the master only needed an excuse for not letting Sclavius to run away. No matter how much he loved Sclavius, the young man was still one of his slaves, an important part of his valuable property.

So, Sclavius had a good plan. He will go to the school, like almost any other day, but instead of entering the classroom, and leaving the guardian outside the building, he will step inside the school building, and instead of entering the classroom, hide in one of the restrooms by the windows on the rear side of the building. Then he will wait for the right moment to jump over the window and hide inside the nearby bushes.

Even do he had some problems in realizations of the plan itself, he managed to hide into the bushes by the school and wait for the right time to escape to the city.

When the night came, and the school was over, Sclavius was already in the crowded city, wandering around, thinking what can he do now, where to go. And the most important, what will he eat and where will he spend the cold night.

He wandered around the city for days, hiding from the rest of the people, especially the city guardians, stealing everything he could, from the fruits and meat on the local marketplace to the fresh fish by the city´s harbor.

But he knew that this town of the great scholars, the great Alexandria could no longer be his hiding place. One day somebody will recognize him and turn him back to his master, this time in chains. He has to get away from the town as soon as possible.

One late evening, when he was sneaking by the trading ships in the harbor, trying to find a good place to sleep over, he climbed aboard one of those ships, always watching if somebody can see him, and entered below the deck, among the trading goods.

He slept very good that night, and no one ever suspected that he is down there. When he finally awoke, he realized that the ship was moving, and that he was in the middle of the Mediterranean Sea.

He realized he had become a blind traveler.

(continued in The Fall of the Bull Kingdom (Part IV.)…)

5 thoughts on “The Fall of the Bull Kingdom (Part III.)…” 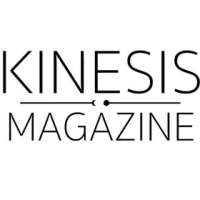 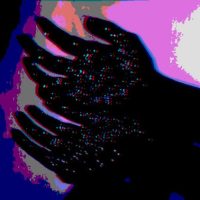 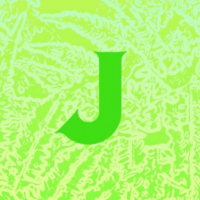